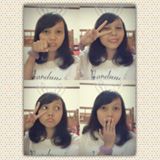 Now Available in English
Roleplaying Guide By Wiki
Role-playing means "playing" a role like you would do in real life, but this time in a game. For example, in real life cops chase people who break the law, for whatever reason - you can become an officer in game and do the same, you can role-play a cop and pull over speeders, or do drug raids, the list goes on... On the other hand, you can be a mobster and join a Mafia. You can be a robber and rob banks or people. Naturally the cops would suspect you for it and there would be a chase, like in real life. However, killing someone and saying "I am a murderer, now come get me cops" with the sole intention of deathmatching (killing someone without a role-play reason) is NOT role-play. That is deathmatching and will be dealt with by the administration with immediate effect.
Contents
1 The Role-Playing Commands
2 Developer Notes on Roleplay
3 Overusing /me
4 IC and OOC
5 Inventing New Rules
6 Hatred Towards New or Strange Players
7 Being "Stuck" in a Character
8 Not Playing GTA
9 Not Using the Server's Possibilities
10 Conclusion

Developer Notes on Roleplay
Argonath has always been a "classic" role-play (RP) server, opposed to the "strict" role-play that is popular on other servers. Role-playing is originally based purely on imagination, and can be done without any kind of scripts. With the introduction of SA-MP a lot of script possibilities have been introduced, this has led to more role-play directed scripts. However, high amount of scripts doesn't always make the experience better. The jungle of "rules" and "laws" that players are supposed to follow makes it hard for new players to be interested in role-playing, and increases the negativity between "regulars" and "noobs". Therefore, in the past we have made specific comments and notes regarding our view on RP, and I would like to add this here as well to make players understand our reasons:

Overusing /me
While /me is the basic RP command, many players overuse it.
Gandalf takes out a gun.
Gandalf walks to the door.
Gandalf sits down.
All of these are actions which are visible for other players. To double them by /me has no added value. SA-MP is not a text-based or MSN RP, but one with full animated capabilities. Use them.

IC and OOC
Frankly, we, the developers do not understand the reason why people need this. RP is based on intelligence and imagination. That means that anyone with half a brain should be able to understand the difference. The players who advocate OOC and IC usually do it because they wish to be able to flame and swear, and in many cases hide real flames behind the 'it was IC' mask. The rules on Argonath prohibit flaming and swearing, both OOC and IC. If the RP situation allows it some IC swearing can be overlooked, but any language that irritates other players can be punished, based on the opinion of the admin witnessing and/or player reports.

Inventing New Rules
Many of the "strict" players like to invent new rules to show how "skilled" they are. Then they start complaining about those who do not follow their rules, considering them "noobs", "bad RPers" etc. The answer of the developers to this is clear. Any rules that are not communicated as server rules are not to be enforced, and it is up to the individual players if they wish to follow them or not. Players who flame others for "bad RP", "noob" etc shall be punished for flaming. Players who complain about others not following their self-imposed rules shall be invited to play elsewhere, if needed by force.
Players are, however, allowed to set a number of rules and guidelines inside their own groups.

Hatred Towards New or Strange Players
The server is public and open for all. That means that new players and regulars both have the same rights to play. The second thing is that RP is based on imagination an improvisation. You never know what is going to happen next, and the best and funniest situations are when people do unexpected things. If you close your RP for those who have "your skills" actually you are playing bad, as you deny the unexpected to happen. When you feel the need to enforce your group by insulting new players or killing them because "they should not mess with us" you are breaking server rules. Remember that once you were that new player, and if nobody would have taught you and shown you the fun you would never have stayed. Regulars have the obligation to be friendly to those new players that are interested. As for new players that break server rules (not self-imposed rules) there is the /report function.

Being "Stuck" in a Character
RP is free. That means you do not have to play the same character every day, or even every five minutes. Do you feel like a 'gangsta'? Or do you want to be a hooker? No, lets be a pizza salesman! All you need is changing your skin to be another person, and not even that is required. Do not let habits restrict you in to one role or one character, but be who you want to be at the time.

Not Playing GTA
Guess what? SA-MP is a multiplayer version of GTA San andreas. The multi-player adds the possibility to meet people from all over the world, but you are still playing GTA. Do not try to turn it in to a version of WoW or other MMORPG games. Let it be the clash between crime and cops, mafia and civilian businessmen. While we are not a DM server where killing others is the main target, it is not forbidden to use weapons or kill people. You just need to find a reason why you kill someone in such a way the other understands. Are you a wanted criminal ? You can fight the cops, but do not complain about them killing you, no matter in what way. Do you want to do a robbery? No problem. But if the robbed person pays you, do not kill them "because you are bad".
Play GTA, keep it real, keep it fun.

Not Using the Server's Possibilities
In the wish to do strict roleplay, many of the servers possibilities are not used. We have selected the buyable weapons in such a way that all weapons are fair and do not disturb combat. That is why we disallow weapons like minigun or rocket launcher. Some feel that it should go further, like cops not using UZI. Once again, all weapons on server are free to use for all players. This goes for the cars as well, as far as they are not restricted to a specific job. And many players have never seen Underwater World or Disneyland, even if they believe to have great RP skills. Hanging on one place waiting for people to shout at or kill seems the base of their RP skills, not exploring the great world that SA has to offer.

Conclusion
While some of the tips can increase the RP experience, they also limit the possibilities of RP to a level that not all players enjoy. Argonath is open for all players of all levels and ideas of RP, and we request them to respect each other. I hope to have given you a good viewpoint of the developers ideas, and why we choose to comment and for some part disagree with the tips. We do not force anyone to follow the guidelines, we just ask that those who do, respect those who do not.
_________________ 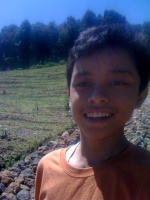